Broomball is an awesome and fun game, but broomball history is shrouded in mystery. That only adds to the aura and mystique of the offbeat sport. Some folks claim it was created by hockey-loving Canadians who found themselves without hockey sticks and pucks. Others say it dates back to early native peoples in Canada. Still others believe it can be traced back to the Vikings hundreds of years ago!

Which of these, if any, are most likely? Let’s trace the history of broomball with a look at some of the theories about its origins, as well as a look at how the game has evolved since it became a legitimate sport just over 100 years ago. 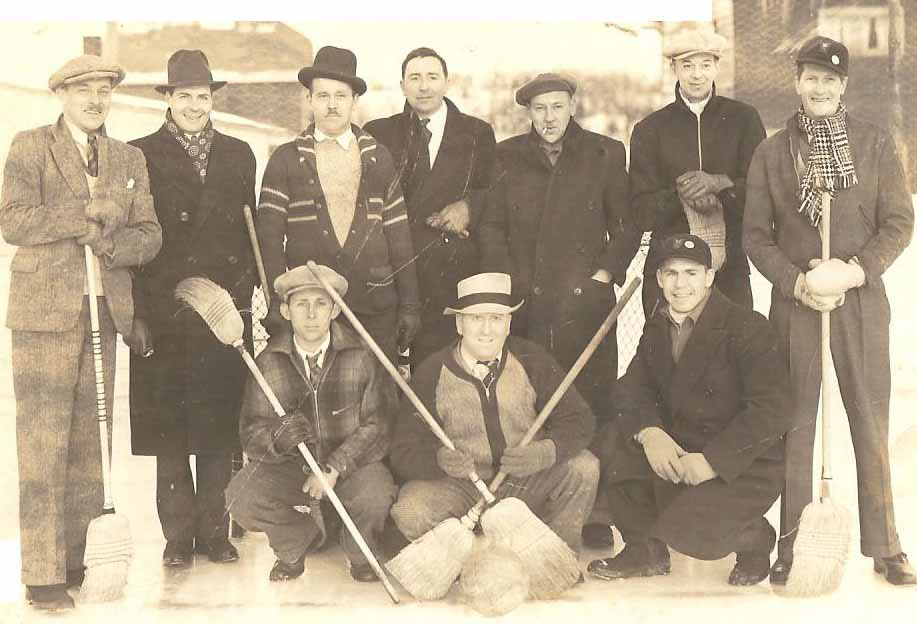 Broomball history: The origins of the sport

One hypothesis suggests that Scandinavians played a violent game similar to what we call broomball back in the 10th century. The report goes that Vikings in Iceland played “Knattleikr,” which involved villages of people competing against each other for days at a time, and deaths during the matches were not uncommon.

That game could only be considered a very distant relative to the broomball game we all play today. The same could be said of the “stickball” game played by the native peoples of eastern Canada. They used sticks to knock a ball through a goal. They probably played this game during all seasons, but it’s easy to imagine that winter contests would have taken place on snow or ice, and thus looked somewhat like modern broomball games.

The most widely-accepted birthplace and time of broomball is Canada in the early 1900s, but even then, it’s still unclear exactly how the game started. The non-profit organization USA Broomball suggests that the first modern players were street car workers who played with a soccer ball and actual brooms.

As far as we know, the earliest documented games of broomball took place in Perdue, Saskatchewan on March 5, 1909. However, there are also vague reports of games in Toronto in 1909, as well as rumors of games in Massey, Ontario way back in the 1890s. Nobody can really pin down the date with any more certainty than that, however. 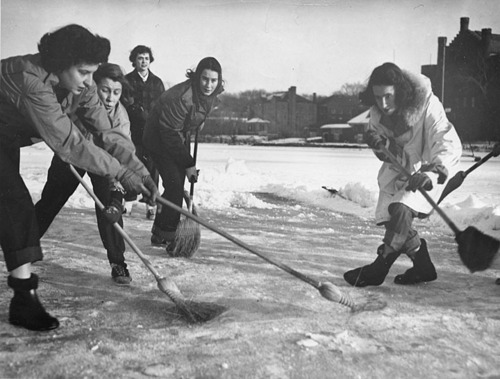 More broomball history facts: Early games were played with actual brooms. Later, that changed to hard, frozen brooms, and much later, brooms were replaced by the current sticks with broom-shaped ends.

The evolution of broomball through the 1900s

Broomball spread to the United States at some point in the 1910s, when it was played in Minnesota. The gentlemen shown in the photo at the top pf this post played in Duluth in the 1920s.

The sport appeared in other cold-weather cities in the ensuing years. At Fort Brady in Michigan, soldiers played broomball during World War II. They wore skates and played on iced-over streets during the winter. That’s a very cool piece of broomball history trivia!

Organized leagues began appearing in Minnesota in the 1960s. Early teams had 10 players, leading to a very crowded ice surface and a playing style that would have resembled soccer. Broomball.com reports that these rosters featured one goaltender, three forwards, three mid linesmen, and three defensemen. In 1967, that dropped to eight players per side, and in 1980, the current six-player setup came into effect

As the popularity of ice hockey grew, the niche sport of broomball grew as well, and it spread to many different U.S. states via word of mouth and, in recent years, the internet and social media. Minnesota remains one of the most popular states for broomball, with high-level leagues and annual tournaments across the state. Even southern states now have broomball thanks to the indoor ice arenas in large cities.

Canada, of course, has some of the highest-quality broomball matches in the world thanks to its experienced players. YouTube is a great place to watch clips or even entire matches from the 2016 Canadian Broomball Championships:

Broomball history in America goes back far enough that USA Broomball has established a Hall of Fame. Meanwhile, the rest of the world has caught on to North America’s game. Nations like Russia, Australia, Japan, Italy, Switzerland, France, Germany, and Sweden have embraced the game.

The International Federation of Broomball Associations serves as the governing body of the sport. Established in Canada in 1998, the IFBA organizes the biennial World Broomball Championships and creates the sport’s rulebook.

Check out their site to learn more about the current worldwide state of broomball.

1 thought on “Broomball History: Where the Sport Began and How it Evolved”